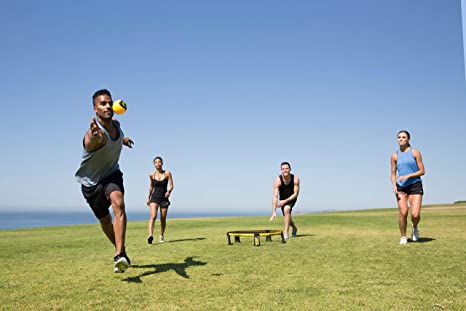 With summer in full swing, I found it very fitting to share all my favorite outdoor games with you all, so that you too can get in on all the fun. About mid-quarantine, when the boredom became all too much to handle, my family and I turned to the almighty Amazon to cure our bored minds. We had already binged everything there was to watch on Netflix and Hulu, played every board game we owned, covered every hard surface in the house with puzzles, and read more books than we had in years, so needless to say, we were tired of being cooped up inside. Even if all it meant was going outside and playing games in the backyard, we didn’t care, we just needed something to do. So, we bought all the backyard games we didn’t already own and hosted the “Quarantine Olympics” right in our backyard. There’s no doubt in my mind that we will host another Olympics with these games again, hopefully next time it’ll be for a much better occasion. Either way, these are some great games to play at the beach, at a BBQ, in the backyard, or really anytime you get together with all your family and friends. Lastly, they’re a great excuse to get your kids (and yourself) away from all the electronics and outside to play!

If you have never played Kan Jam before, you’re truly missing out. My old soccer coach used to bring this to our soccer tournaments for us to play in between games. We had a lot of fun with it to say the least. So when quarantine came around, I suggested it, knowing good and well that it would soon become a family favorite. My phalanges added together couldn’t account for how many times this was played at my house during quarantine. If you’re worried you can’t throw a frisbee, don’t be. Games are meant to be fun, remember? I can actually throw a frisbee decently well, but I once almost took out my own mother who was sitting 90 degrees to my left (the goal, of course, is to aim for the kan straight ahead of you). Thankfully I missed, so we all just got a good laugh out of it. Like I said, fun.

Spikeball is another great outdoor game that I most commonly see played at the beach, but obviously could be played in someone’s yard as well. This is a 4-player game, and once you learn how to play, it’s quite simple and loads of fun. This is a perfect game for those who tend to lean more towards the competitive side (*cough cough* my entire family), but competitive or not, I can guarantee you’ll have fun.

There are three noticeable differences between “Slam Ball” and “Spike Ball.” Those are the name, the color, and the price. As you can see, “Slam Ball” is $20 cheaper than “Spike Ball,” and as far as I can tell, they’re the exact same game. Some people might prefer the original version of this game and are willing to spend the extra money for it, but if you don’t fall under that category, then here you go.

I’ll start off by saying that this is not a standard bocce ball set, but I’ll include one of those for anyone who turns their head at this one. This is the set my family has had for years and I love it. It was definitely designed for children, so I definitely recommend this set for families and those with small kids, but really anyone can have fun with it. The balls in this set are lighter and smaller than the standard bocce balls, so they’re much easier to handle and lug to the beach with you, and less dangerous to throw around for that matter. I will say that the little black ball is sometimes a little hard to see, especially in the sand, but that just makes the game a little more interesting.

As I promised, here is a standard bocce set. As you can see, this one is about $20 more than the other one, but if you insist on having the large, heavy resin balls, then this 5-star product is the best bang for your buck. Not only is it “Amazon’s Choice” for bocce ball, but if you get it now, you’ll also save $6.50!

Yeah cornhole is fun and all, but with this set, you get three games in one. Plus, the boards for this set aren’t nearly as heavy and bulky as the cornhole boards are. With the entire set weighing only six pounds, they’re much more convenient to take on trips and significantly easier to carry on the beach with you. This is yet another game on this list that is especially good for kids. It’s definitely easier and less intimidating to play than cornhole and considering there are multiple ways to play, it’ll be hard not to make everyone happy.

Did I forget to mention how expensive cornhole was? It is very fun though and if you play it enough, then you will get your money’s worth. I wanted to include it though, just in case you’re prepared for this big purchase. Although a lot of people prefer having their favorite sports team on their boards, this set allows you to be creative and personalize it however you want! Plus, this set comes with eight bean bags as well as a bag to both your boards and your bean bags in, so it’s probably the best overall choice as far as cornhole sets go.

What Is A Pillow Sham Actually Used For?

The Secret To Buying A Cheap, Extremely Comfortable Mattress

2022 Holiday Gift Guide For Her 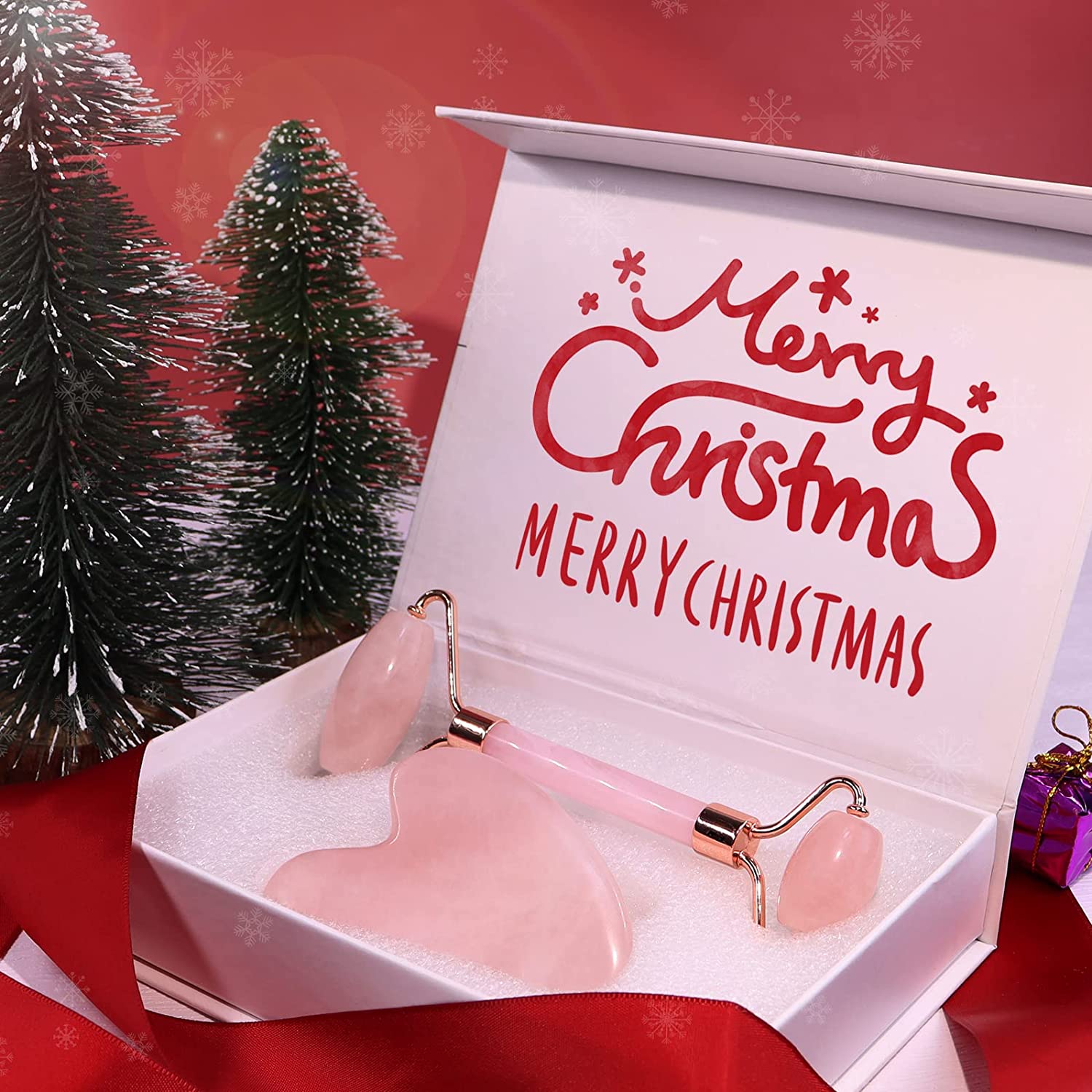 When it comes to shopping for your best friend, mom, girlfriend, or any other leading lady in your circle, we’ve got you covered. Shop the best gift ideas for women with this holiday gift guide. All products are available on Amazon!

Surprise the makeup enthusiast in your life with this beautiful neutral eyeshadow palette.

Cozy up with these UGG sherpa slippers that will keep you warm all winter long.

Give the gift of glowing skin with this perfect addition to your skincare routine.

Comfortable sleep set that is cozy and cute.

A moisturizing lotion that rejuvenates the skin during the dry winter months.

Give the gift of this Pillow Talk icons set. Includes four favorite lip secrets from the collection.

Like an airy dream, Ariana Grande Cloud is a creamy, soft and luxurious perfume with a high-class scent. Fresh and uplifting bergamot orange, rich lavender and juicy pear create a bright opening.

A hair product any beauty buff would love.

An ideal gift for a girl who’s always on the go!

These must-haves are essential for every step of your hair care routine. Cleanse with normcore signature shampoo, moisturize with the nourishing mask, and refresh your style with perk up dry shampoo.

A great stocking stuffer and always an everyday must-have.

You can never go wrong with a good pair of earrings, let alone at this price! 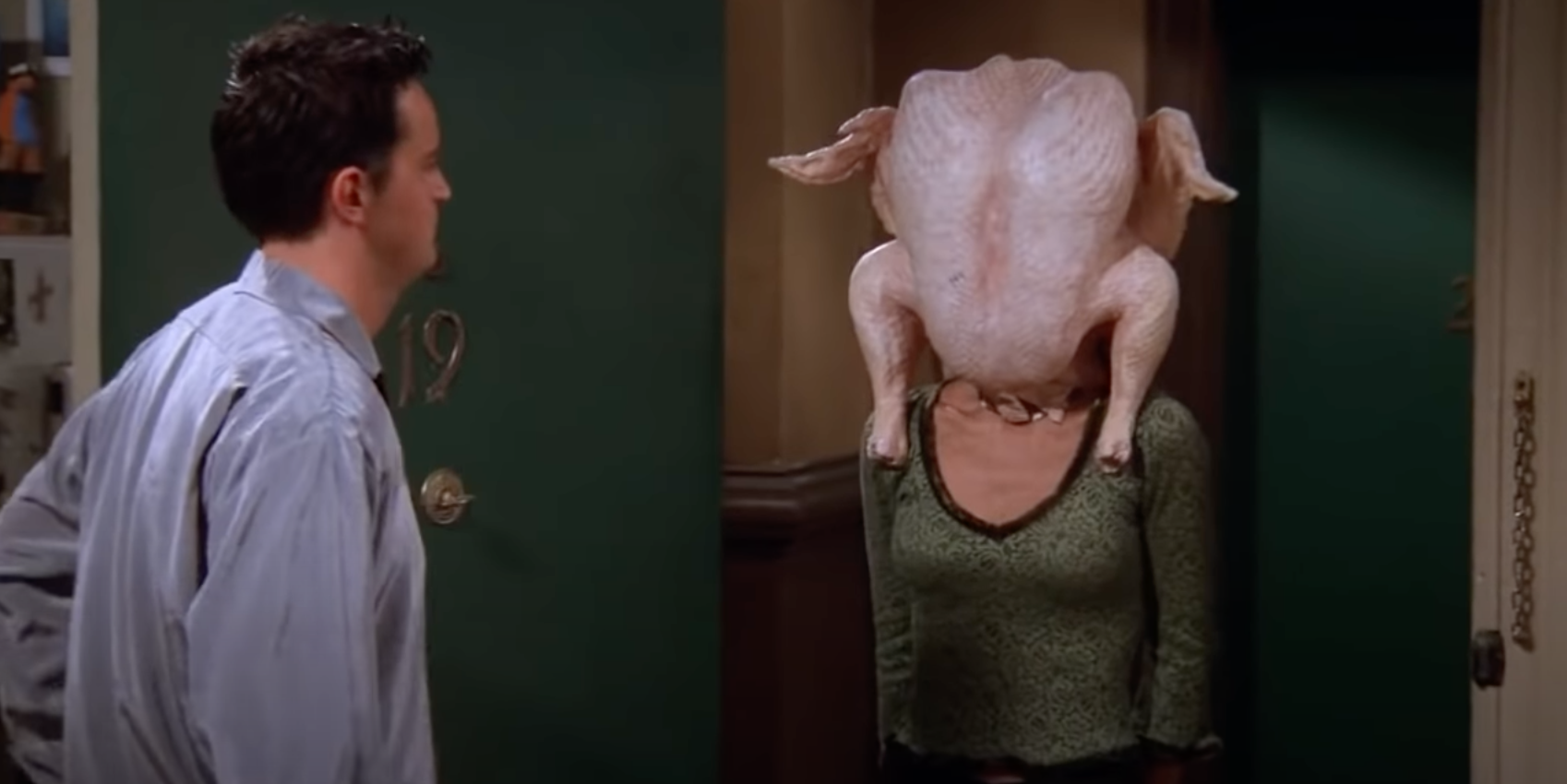 I was on Amazon looking for things to do over Thanksgiving with relatives (eventually landing on the brand new game Christmas Categories) when I came across this:

My first thought was that it creates the perfect opportunity for someone in the family to recreate the classic Monica turkey head scene from Friends:

If you go on Amazon and search for “handheld massager,” you will find dozens and dozens of clones of the same $100 massage gun. My immediate reaction upon seeing this was that there is no longer any innovation in the massager industry. Instead of actually investing in R&D to come up with more advanced ways to help customers, massager companies seem content to copy one another and compete on price.

One company gives me hope. That company is NAIPO, a well-known massager brand whose stated mission is to help people all over the world “Find Well-being.” NAIPO’s latest handheld massager features a brand new design that provides added value for the user. While it is still a percussion massager, its sleek comfort-grip handle grants access to otherwise inaccessible areas of the body. It also features 5 interchangeable massager heads so that you are able to treat each acupuncture point with the best possible massage.

This attention to detail creates a truly customizable experience. After a workout or just a long day at work, you can choose from 5 different speed levels and 5 different working modes, from gentle relaxation to vigorous, deep-tissue massage. By virtue of the extended front grip, you can give exactly the right type of massage to previously neglected muscles all over your body.

A common complaint about percussion massagers is the noise level that can make it awkward or even impossible to use in public. The new NAIPO handheld massager is different. Unlike its competitors, it provides amazing results with only a single massage head. This has the twin effect of reducing noise levels and making it lighter and therefore less unwieldy, a huge plus especially for older users.

The NAIPO XF-5120 handheld massager will be available for purchase soon, and at $52.99 it is inarguably cheaper than similar products on the market. You get your very own either at NAIPO’s own storefront on naipocare.com or on Walmart.com. Stay tuned for more updates!