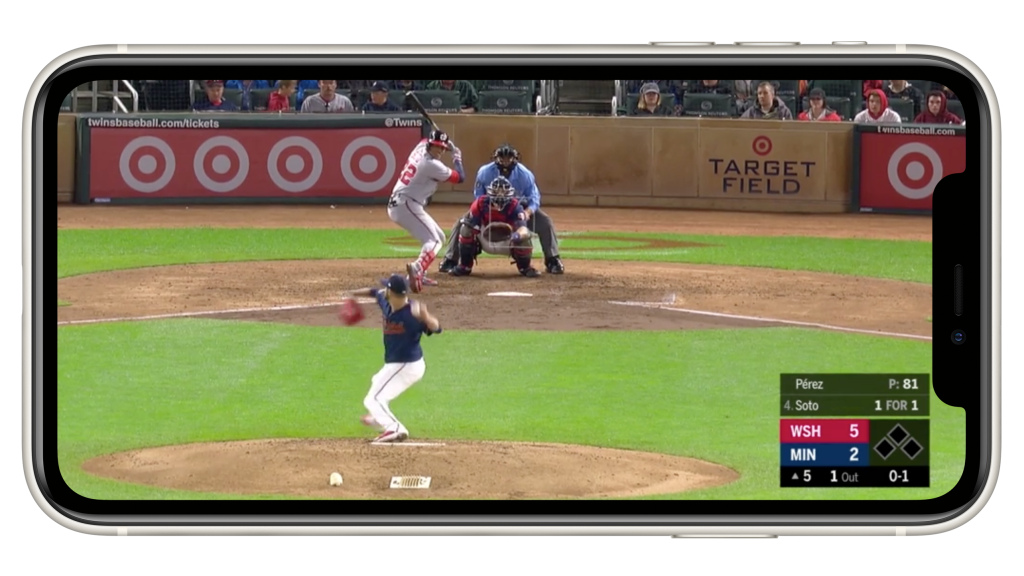 For a few glorious hours last night, baseball was back. The New York Yankees faced off against the Washington Nationals in what felt like a throwback to a bygone era. In preparation for the game, I tried to bring to mind the last time I had sat in front of my television with America’s pastime on the screen. That would have been a World Series game, also featuring the Washington Nationals, but at over 250 days ago, it might as well have been a different lifetime. Who was I in November 2019? Who were any of us, pre-2020, pre-coronavirus, pre-quarantine, pre-fraying of our country’s social fabric? The champion Nationals were certainly different, with a roster that boasted the likes of Anthony Rendon, Ryan Zimmerman and Juan Soto, all absent from Opening Day.

The optimism that came from actually starting a baseball season did not last long, overshadowed by Soto’s positive COVID test and an hour-long rain delay that eventually led to the game being called after 5 innings. Another baseball game was played later that night on the West Coast, showing the San Francisco Giants versus the L.A. Dodgers and newly-minted gajillionaire Mookie Betts, but by 10 p.m. ET the images on the screen were so ominous with downpour and bursts of lightning as to cast a pall upon the upcoming 60-day season.

This is all to ask: With Game 1 in the books, how likely is it that we see this “season,” even in its truncated form, to completion? Or put in a more practical way in line with the mission statement of this website: Is it worth subscribing to MLB.TV this year?

I’ve subscribed to MLB.TV as long as I’ve earned a salary. Every February, the $120 charge on my credit card comes as a somewhat welcome surprise, a reminder that baseball is coming. Except for this year. As the calendar whooshed past what was supposed to be Opening Day, through April and May and June, that $120 charge came to symbolize a payment for a service that was never delivered. I kept expecting Major League Baseball to refund me, or at least send me an email about their cancellation policy, but they never did, nor was there any information on the topic on their website. Eventually I called, complaining about what was essentially an interest-free loan, and the fee was returned in full.

Now, MLB.TV wants longtime subscribers back. They’ve decided to price this season at $60, which, as noted by Yahoo! Sports, is actually more expensive per game. Those who bought the package in February and March were given a $76 credit, lowering their cost to just over $45. The MLB is also making this reduced price available for consumers like me who canceled in the summer.

Should I do it? Though the prospect of watching unlimited baseball after four months starved for sports is undeniably appealing, I just can’t shake the feeling that the promise of the 2020 season is nothing but a mirage. In all likelihood, baseball (as well as basketball and hockey, set to return in the next week or so) will be put on hold again after a soft opening. It will follow the well-worn path of offices, restaurants and amusement parks, all ready to reopen with social distance precautions in place, only to be shuttered again by authorities anxious to maintain the illusion of control.

My advice is this: Enjoy baseball while you can. If you have the money to spend, go ahead and treat yourself to as much of the sport that is made available for consumption. Just don’t be surprised when the angry gods of 2020 strike again, taking away one more thing for us to love.

Related Topics:Sportswashington nationals
Up Next

How To Ride A Hoverboard 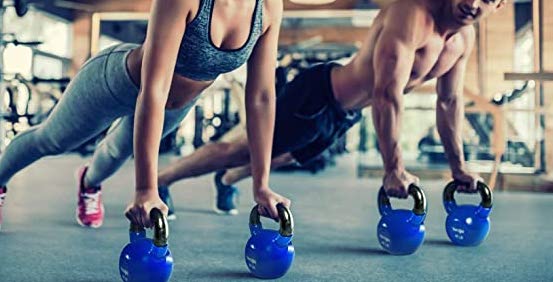 In many ways 2020 felt like it lasted forever. But in at least one important sense, it seemed to spiral out of control. With forced lockdowns turning the day’s longest commute into a trip to the refrigerator, it is no wonder that many Americans gained weight during the pandemic. Even people who were indefatigable in their efforts to stay in shape pre-COVID have found themselves chubbier than they were one year ago. Did anyone actually fulfill their 2020 New Year’s resolutions? It would have taken a herculean commitment to do so.

Maybe that will make New Year’s resolutions all that much easier to stick to in 2021? Let’s hope so. If your goal is to lose weight, then it should be both an added comfort as well as extra motivation to know that you yourself were at that target weight not all that long ago. Still, it will help to have tools available to help you with the task ahead.

To start, make sure you own a scale. In the past, many people have relied on the scales at the gym to track their weight loss journey. With most gyms closed, it is time for you to get one into your home.

Gym equipment will also be of use. Even after all this time, free weights are hard to come by. So if you see ones available for immediate delivery on Amazon, you should jump at the chance to build your home gym.

To really shed the pounds, you are going to need cardio equipment. My family has a NordicTrack stationary bike, complete with digital iFit personal training. Not only has it helped us stave off serious obesity, but it also gives us something to do. The gorgeous scenery afforded by the iFit training programs make you feel like you can actually travel again.

What kind equipment do you have in your home gym? Let us know in the comments, and we will update the article with our readers’ favorites! 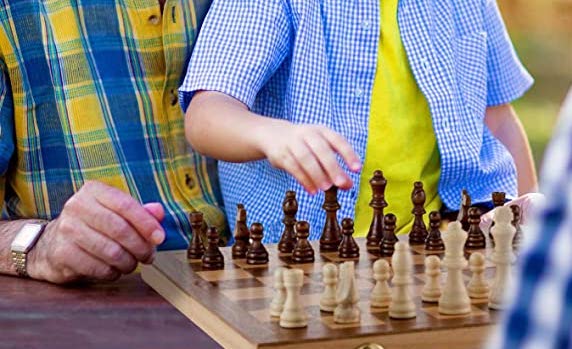 “The Queen’s Gambit,” the latest hit show from Netflix, could not have come at a better time. As a result of the coronavirus pandemic, millions of people are not only starving for content but also for more active diversions to help them occupy their time.

“The Queen’s Gambit” fills both of these voids. To start, it is a short but meaty 7-episode mini-series, beautifully shot and rife with interesting situations for a viewer to imagine herself in. Perhaps more importantly, it introduces a whole new generation to the game of kings. According to news reports, chess sets have been flying off the (virtual) shelves since the series dropped on Netflix. The New York Times even features on article on how to make your own chess set at home, for those who can’t find one available online.

The numbers are jarring. Sales of chess sets were already on the rise at the start of the pandemic. You may remember a slate of articles from the spring detailing celebrities, such as Arnold Schwarzenegger and Giannis Antetokounmpo, who were spending their time in quarantine playing the game. (Chess’s famous fans were not limited to those with impossible to spell names; presidential candidates Joe Biden and Bernie Sanders were also said to have played.) But since “The Queen’s Gambit,” chess set sales have skyrocketed anywhere from 125% to 1,048%.

This is nothing if not an extremely positive development. After reading dispiriting stories about how the nation’s young ones are wiling away the hours on online video game platforms like Roblox and Fortnite, or else watching other people’s content on TikTok and YouTube, it is nice to see people take up a hobby that requires them to use their brains. You don’t need to be able to think as many moves ahead as Beth Harmon or Benny Watts to get something out of playing chess. Furthermore, chess is a game that bridges generational gaps. Whether you are a Zoomer or a Boomer, your learning curve will be exactly the same. If there is something our society needs more of, it is spending time with those with different life experiences. Chess can help facilitate that.

I’m not sure when they starting making “The Queen’s Gambit,” but I sure am grateful they did. I suppose we also owe a debt of gratitude to Walter Tevis, who wrote the novel the show is based on. Also the author of “The Hustler” and “The Color of Money,” Tevis had a knack for cinematic storytelling. I am looking forward to reading “The Queen’s Gambit” to see if it can provide yet another outlet for recreation and leisure when we need it most. 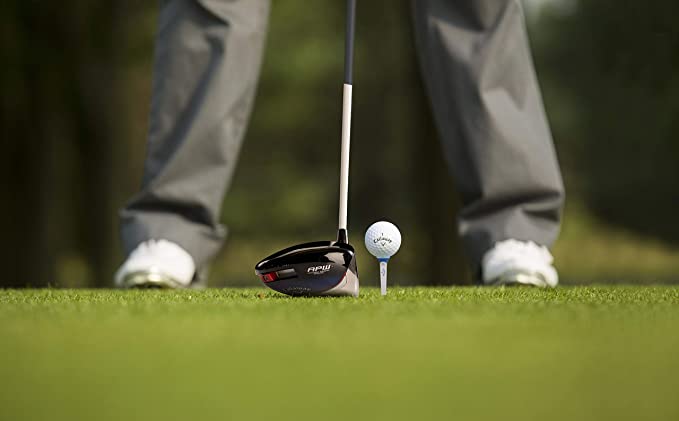 In 2020, many industries have faltered due to the COVID-19 pandemic. Turns out, golf is not one of them. Golf was one of the few recreational activities people were allowed to participate in this past summer, and many people who were not previously golfers decided to take up the sport as a way to stay active. Now that we are butting up against the end of golf season, it is time for many of us to figure out what we are supposed to do in our leisure time.

Callaway, the nation’s premier maker of golf equipment, thinks it has the answer. Recent reports indicate that Callaway is close to buying Topgolf. For those who don’t know, Topgolf offers an extremely popular golfing experience that does not require you to play 18 (or 9) holes or even to be any good at golf. Instead, you stand on a platform and attempt to hit various virtual markers. With the beer and fraternizing, the experience is somewhat like bowling — albeit the cool and modern bowling a la Lucky Strike, as opposed to the stale and cigarette-laden bowling of “The Big Lebowski.”

Unlike some other virtual golfing experiences, Topgolf is outside, and it involves actually hitting golf balls real distances (not into a net that then “projects” the distance). It offers all the good parts of golfing (long drives, alcohol, friends) and removes the slogs (walking long distances, carrying a bag, putting).

How then, if it is basically a glamorized driving range, can Topgolf still be a feasible outing during the wintertime? I’ve got a two-word answer for you: heated bays. Giant space heaters warm the seating areas, effectively allowing you to up your golf game well into the winter.

We’ll see if the Callaway-Topgolf deal actually goes through. But if it does, you can expect A LOT of synergy at the Topgolf near you. If you are new to the game, now might be the time to get look into Strata, Callaway’s beginner golf set, and start practicing: