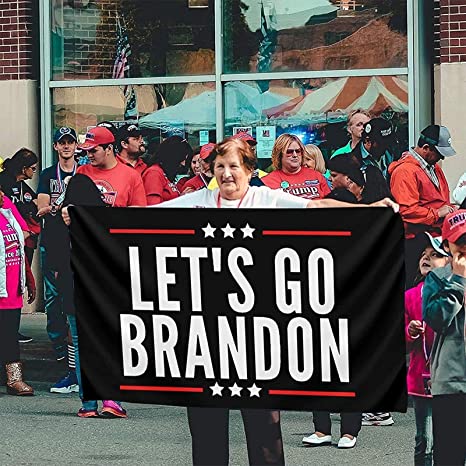 After NBC reporter Kelli Stavast’s, er, creative interpretation of a crowd chant at a NASCAR race recently, the rallying cry “Let’s go Brandon!” has swept the nation. Don’t believe me? The viral TikTok song of the same name is now #1 on the iTunes hip-hop chart. If you need further proof, the #1 new products section on Amazon is littered with products bearing the anti-Biden catchphrase.

For those wanting to join in on the trend, there are a myriad of extremely popular product options available. These include:

Are there any other “Let’s Go Brandon” products out there that have caught your eye? Any that you would like to see get made? Let us know in the comments. Of course there are other items out there to help you show your political allegiances as well:

Something tells me these are all likely to remain in high demand until the next presidential election in 2024.

Assuming it actually takes place, the first presidential debate between President Donald Trump and former Vice President Joe Biden will take place this Tuesday, September 29th. Highly anticipated, many expect it to be one of the most watched debates in recent U.S. presidential history.

With millions of people likely to tune in, this is as good an excuse as any to have people over for a gathering of sorts. For many of us, we have been more or less in lockdown for the better part of a year now, and we are looking for any excuse possible to once again have company. Why not host a debate party?

If you do decide to throw a part on Tuesday, you are going to need some supplies — specifically, election-themed supplies. Start out with these cookie cutters, exactly what you need to make cookies in the shape of our 45th president: 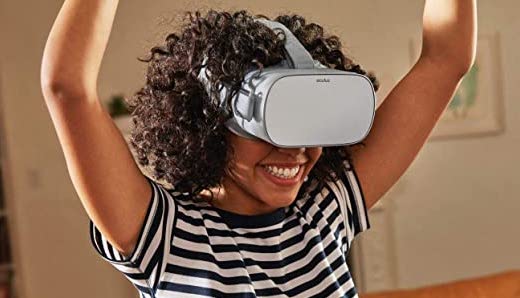 When Facebook bought Oculus in 2014, it seemed like the latest in a string of shrewd acquisitions destined to control the future of online life. It goes without saying that, over half a decade later, the virtual reality platform has not come close to achieving the prevalence of use as other Facebook properties, like Instagram and WhatsApp.

As if this wasn’t already clear, Facebook announced this week that it was discontinuing the Oculus Go, the company’s first standalone VR headset.

Now, this alone does not foretell the doom of Facebook’s virtual reality efforts. After all, just a year ago, the company released the Oculus Quest, a technological advancement that boasts six degrees of freedom (6DoF) as opposed to the Go’s 3DoF. The Oculus Quest has received deservedly positive reviews. (One reviewer on Amazon calls it the “PlayStation/XBox killer). However, one daunting question still lingers: Who are all these VR headsets actually for?

In an interview with CNET, Mark Zuckerberg said about VR and AR (augmented reality): “I don’t think it’s a 2020 thing. But hopefully it’s not a 2030 thing.” That seems to imply that Zuck expects the popularity of virtual reality to take off relatively soon. One would have thought this would have been the perfect time for people to get into VR. During the COVID-19 lockdowns, everyone is stuck inside their homes looking for ways to stay entertained. Fortnite is hosting popular concerts by performers like Travis Scott.

If people are forced to “enter” the make-believe worlds of video games to “attend” concerts in a way that ultimately comes down to watching them on a computer screen, wouldn’t you think there would be some market for a platform in which you could actually “submerge” yourself into said visual world?

This feels like it should be VR’s moment, but it is just not rising to the occasion. Cost doesn’t appear to be much of a factor, when you compare the Oculus Quest’s $500 price tag with that of the traditional consoles. Whatever the reason, it can count the Oculus Go among its casualties. We’ll have to wait and see if the Quest is next in line. 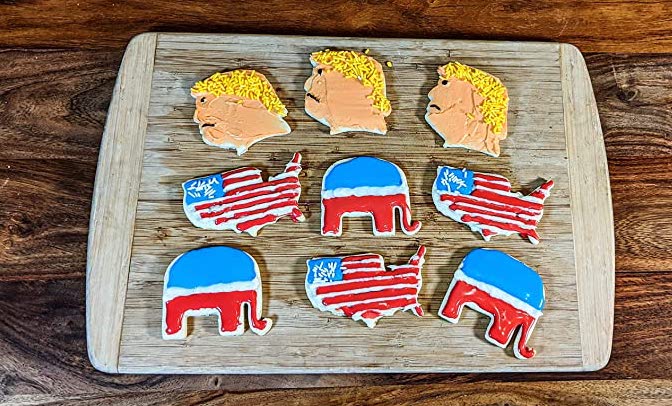 Hopefully, if you live in a jurisdiction that values freedom, your government-imposed lockdown is over, and you are allowed to resume something close to your pre-COVID life. Unfortunately, many people still find themselves stuck inside. Having baked sourdough bread and banana bread and participated in all the other quarantine fads, we are looking for other ways to stay entertained.

May I recommend baking cookies? I know, cookies may not scream summertime (although we are fast approaching Christmas in July). But what I’m talking about is no ordinary cookies. I’m talking about cookies shaped like President Donald Trump. I feel like this is a viral social media trend just waiting to happen.

You can get a 3-pack of the above cookie cutters on Amazon for just $12.