I don’t think I will ever understand the Funko POP! phenomenon. Yes, fads of collectibles have been known to sweep the nation. We are, first and foremost, a country of consumers. But at least Beanie Babies were cuddly. The biggest selling point of Funko POP! toys – the characters’ giant, Disney-cartoon eyes – seems to me more eerie than endearing. Why would I want those staring at me on my desk all day long? And unlike bobbleheads, their heads don’t even bobble. Funko POPs just stand there, statuesque, watching you like a year-round Elf on the Shelf.

All that said, even if I don’t understand Funko POP! as a whole, I certainly understand this news about what has now become the company’s best selling toy of all time:

That’s right, The Mandalorian character The Child, popularly referred to on the Internet as Baby Yoda, is now available in figurine form, and everybody wants one. Where was this when I was Christmas shopping?

Crazy thing is, Baby Yoda became the best selling Funko POP! before he even appeared on the shelves. The figure was supposed to be available starting this week, but on Amazon, the line is back-ordered until May. Target was flooded with so much demand that it had to stop accepting pre-orders. Same with Walmart.

The struggle to get Baby Yoda merch is real, and it may never end.

Pass Time This Quarantine With Trivillennial 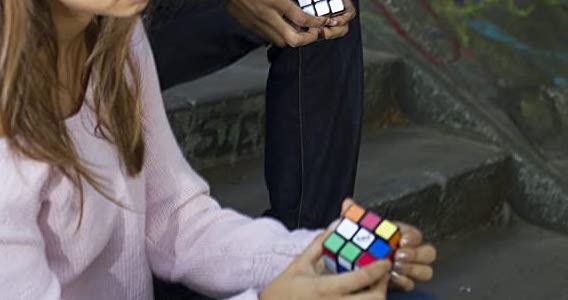 Remember “The Queen’s Gambit”? In late 2020, the acclaimed Netflix miniseries (based on a novel) captured the attention of millions, causing sales of chess sets to skyrocket.

In an attempt to mine IP wherever they can find it, Hollywood is searching for other classic games to turn into content. Next up? The Rubik’s Cube.

Although nowhere near as old as chess, the Rubik’s Cube has the same patina of intellectual sophistication yet accessibility. So it should be no surprise that a Rubik’s Cube movie is in the works.

Is this something that fans of the Hungarian toy should be excited about? I am skeptical. “The Queen’s Gambit,” after all, was an adaptation of a 40-year-old novel, written by an acclaimed author who had other such hits as “The Hustler,” “The Color of Money,” and “The Men Who Fell to Earth.”

The Rubik’s Cube movie has no such source material to work with. By the looks of it, they are going to try and reverse engineer a story based on a game. As we saw when they tried to make a movie out of the board game Battleship, this is not necessarily a good idea. On the flip side, there are examples of toys being turned into bona fide hits. The Transformers movies have earned beaucoup bucks, while “The Lego Movie” was legitimately good.

Though it looks like a blatant cash grab, maybe the Rubik’s Cube movie will surprise us. Stranger things have happened.

This Is The Perfect Family Game For The Zoom Age 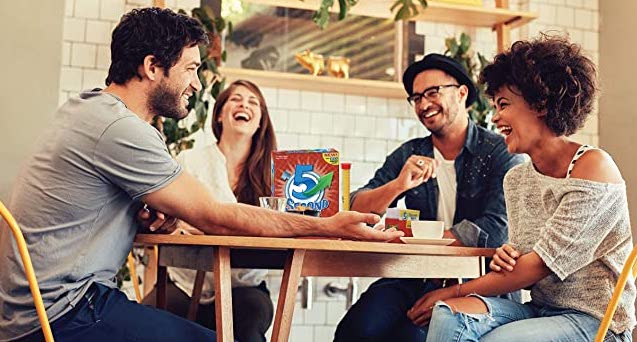 The holidays are here, and families are preparing for their first ever quarantine Christmas. Although it may seem we have exhausted all options for entertainment, a good ol’ game night will never get old. One of my family’s favorite games for family game night is called 5 Second Rule. Not only is this game incredibly easy to learn and very fun to play, but it also keeps everyone on their toes due to its fast pace (hence the name). To play, you have five seconds to give three answers based on what the card says. Seeing as you only have five seconds to formulate your answers, it can be quite humorous to hear what comes out of everyone’s mouths.

PlayMonster’s 5 Second Rule Game is available on Amazon for just $15.97 and is appropriate for ages 10+. It says the game requires three players, but it can definitely be played with two. There are additional versions of the game that can be purchased separately as well, including 5 Second Rule Spintensity, 5 Second Rule Jr., and 5 Second Rule Uncensored.

Given the nature of things right now, one of the best parts about this game is that it can be played via Zoom, Skype or FaceTime. As long as one person owns the game, it can be modified to play virtually anywhere.

A Gravity Blanket (Or Cheaper Alternative) Can Dispel Anxiety