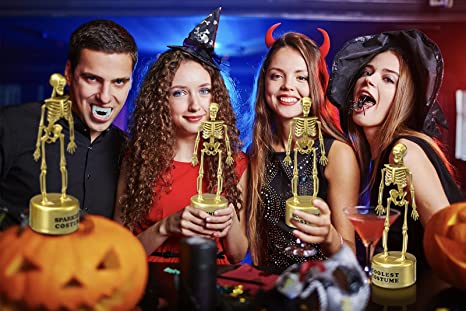 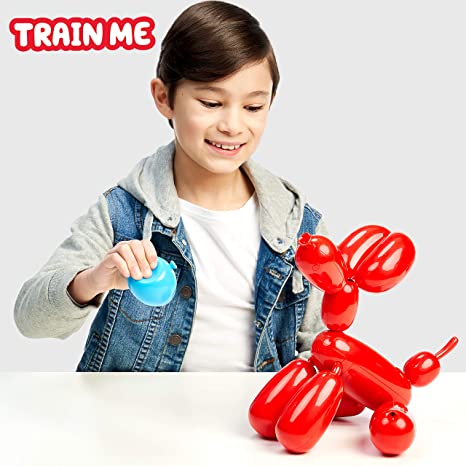 As you may have read, due to ongoing supply chain issues throughout the world, the time to start shopping for Christmas gifts is now. Unfortunately, because of this accelerated timeline, it is too early to develop a finely tuned sense of what the year’s most popular gifts will be. Last year we did not know what the hottest holiday toys were until November! This year, that will be way too late. So, we are just going to have to do our best by relying on items that we know have been among the top selling in 2021 so far. Below are the toys that we’ve covered, along with a link to the first time we wrote about them:

The reversible octopus plushie continues to be the surprise hit of the COVID era. Turns out people relish the idea of being able to convey their moods to others without having to actually speak to them.

Star Wars The Child Animatronic Edition 7.2-Inch-Tall Toy by Hasbro with Over 25 Sound and Motion Combinations, Toys for Kids Ages 4 and Up — $50.99

Is this the Christmas your child finally gets “The Child” in his or her stocking?

Fidget bubble pop comes in about a million varieties, from the ubiquitous rainbow color pictured above to American flag and Tyrannosaurus rex themed. There is even a version with dice that is dubiously marketed as a form of “chess.”

The eminently TikTok-able Squishmallows went from being difficult to find to being impossible to avoid.

I still don’t get this one. Let the kids play!

Want your son or daughter to grow up to be the next Jeff Koons? Then this is exactly the toy for you. 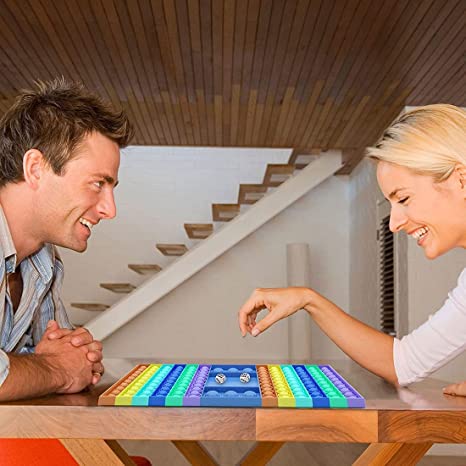 Ever since Netflix’s “The Queen’s Gambit” took our binge-watching nation by storm, chess sets have proliferated on Amazon. You can find sets made of wood, sets made of plastic, sets made of brass. One thing I was surprised to find, apparently, was “chess” made of the uber trendy fidget bubble pop. Take a look:

This comes up when you search “chess” on Amazon. As you know if you have a child, are on TikTok, or read the Wall Street Journal, this rainbow-colored “Pop It” toy that mimics the satisfying feeling of popping bubble wrap, is one of the few enduring fads from the pandemic. In combining it with chess, someone no doubt thought they could capitalize on two of the world’s quarantine-era time killers. But, um, take another look at the photo. Then tell me if you can figure out how one might use it to play chess.

Stumped? Me too. Although the listing calls it an “Extra Large Bubble Sensory Rainbow Chess Board,” it does not look like any chess board I’ve ever seen. The inclusion of dice in particular threw me for a loop. The whole shape of the product seems to be more reminiscent of backgammon than chess, although even that is an imperfect comparison.

I spent way too much time examining this listing, trying to figure out what was going on here. Then, toward the bottom, I espied the following “rules” explainer:

I wonder if when the Chinese watched “The Queen’s Gambit” last fall if something got lost in translation, because that bears absolutely zero resemblance to the game Beth Harmon dominated. You can tell the product is Chinese not only from the incomprehensible instructions (what does it mean that the player who starts first can “be a large number of a decimal number”) but also from the lenticular brackets in the bullet points:

The game might be “entertainment and intelligent” (huh?), but I feel dumber just for reading that fetid word salad.

The lack of coherent messaging can help us solve our case. This product is not chess at all, nor anything even resembling chess. If there is one thing I learned from reading everything in the product description, it is not to take any of the words at face value, for there is no guarantee the copywriter has any clue what they mean.

This is simply the popular bubble waffle product with dice. If that sounds like fun to you, then by all means get one of your own. Just please do not call it chess.

What Does The Feather In The Blue Origin Logo Mean?

This morning, for approximately four minutes, former Amazon CEO Jeff Bezos ceased being the richest person on the planet for the sole reason that he ceased being on the planet. Unlike fellow billionaire Richard Branson, he and his crewmates crossed the Kármán line. Also unlike Richard Branson, they went up in rocket ship, so all in all the feat of Bezos, et. al. was certainly cooler. But as I was watching it this morning the whole time I could not stop thinking: What is with the feather in the Blue Origin logo?

Jeff Bezos’ space escapades are rich with symbolism. He named his rocket the New Shepard, in an homage to the first American to go into space, Alan Shepard. (Side note: This new Space Age makes Tom Wolfe’s “The Right Stuff,” which immortalized the Mercury Seven, as relevant as ever.) Also aboard the New Shepard today was Wally Funk, a female astronaut who trained for space in the 1960s but who was unable to go because she was a woman. The name of Blue Origin itself is a not-so-subtle reference to Carl Sagan’s description of Earth as a “Pale Blue Dot.” All of this is great, but none of it explains the feather.

A popular T-shirt on Amazon right now is one featuring a blueprint of the New Shepard. You can see the Blue Origin logo prominent at the top:

The feather rests atop the words “Blue Origin.” Any place you see it, whether it is on merchandise or on the New Shepard’s landing spot, it is positioned at that 45 or so degree angle. What it most reminds me of is the opening scene of Forrest Gump:

Was this the message that Bezos was trying to send us? Is his “running away” to space supposed to be akin to Forrest, running across America and into our hearts despite being born with a physical limitation? Is this all an elaborate attempt to win back Mackenzie Scott, his own personal Jenny?

The answer is unclear. For what it’s worth, the Blue Origin website addresses the feather logo as such:

The Blue Origin feather is a symbol of the perfection of flight. It represents freedom, exploration, mobility and progress. For thousands of years, we humans have been looking up at the birds and wondering what it would be like to fly. Now, we look up to the stars and pursue a bright future for all of us.

Obviously, that is not very convincing. With all the other symbolism surrounding Bezos’ plan to take humanity to parts unknown, his answer for choosing a feather logo is “birds have feathers”? Come on, now. Birds may have feathers, but birds do not go into space. If Jeff Bezos had earned his fortune from some industry associated with birds, say like Jack Dorsey and Twitter, then I would at least entertain the notion. Otherwise, the bird story is a front, and more investigation is needed on the topic.

Until I hear otherwise, I am officially concluding that the feather in the Blue Origin logo is a Forrest Gump reference. Do with that information what you will. Now, run, Jeff, run!

This Top-Selling Space Heater Will Help You Weather Winter